There are a number of reasons to boil the wort.

Extracts flavour & bitterness from the hops 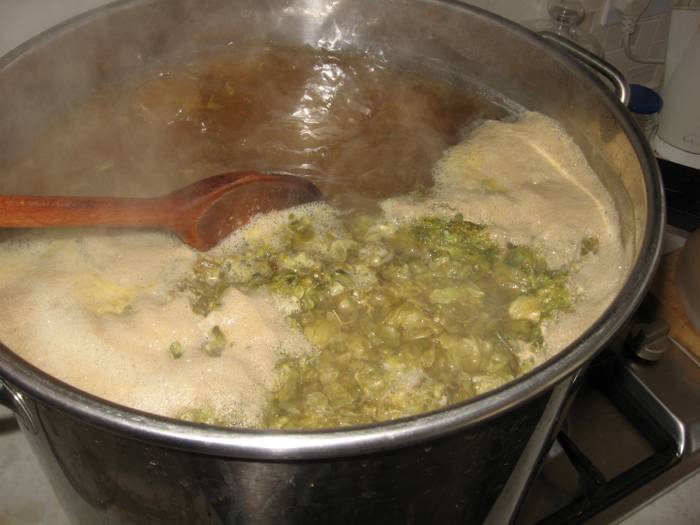 Bitterness in beer comes mainly from the alpha acids present in hops. In order to 'isomerise' or fix these acids in solution a long boil is needed - at least one hour and preferably 1 1/2 - 2 hours.

However, hops also contain volatile compounds that can give desirable flavours and aromas to the finished beer and these can evaporate off quite quickly - certainly in less than an hour. To get round this problem, it is common practice to add more hops at different stages of the boil, including at the very last second, when the heat is turned off (known as 'flame out'). In fact many home brewers add more hops at this stage than at the start of the boil!

Clears protein debris from the wort (the 'hot break')

The wort from the mash tun is full of tiny particles of protein matter extracted from the grains or produced by mash reactions. If these were left in the beer, they could cause hazes and off-flavours. Boiling causes these particles to clump together (coagulate) and sink to the bottom of the boiler during the 'stand'. During the run off they are left behind in the boiler as so-called 'hot trub'.

Coagulation of protein matter in the boiler is assisted by the use of 'copper finings' such as Irish Moss flakes or proprietry tablets such as Protofloc. Both of these are added for the last 15 minutes or so of the boil.

To successfully 'coagulate' the proteins takes around 1 - 1 1/2 hrs of vigorous boiling, so this is another good reason for having a long boil.

Sterilises the wort to prevent infection

Another important by-product of a long boil is that any micro-life present in the wort is effectively killed off, thus preventing off flavours caused by unwanted yeasts and bacteria getting in on the fermentation process.

To successfully extract and isomerise hop acids and coagulate proteins requires quite a vigorous boil, often referred to by brewers as a 'rolling boil'. It is most definitely NOT a gentle simmer! The video below gives you an idea of what a rolling boil should look like.

The stand is just what it says - you must let the wort stand for about 20 - 30 minutes to allow the hops and trub to sink to the bottom of the boiler before running the wort off. If you are using an immersion chiller (see the next section 'Cooling' for more details) this can be done during the stand, and will assist the settling process.

So now we move on to the next step, cooling or 'chilling'.