Affectionately known as 'cornies', Cornelius kegs are stainless steel pressure tanks that were originally used by the pub trade to dispense soft drinks such as coke. When they became obsolete in the pub trade, the kegs were snapped up by home brewers everywhere and there is now a thriving second hand market for these shiny little gems. 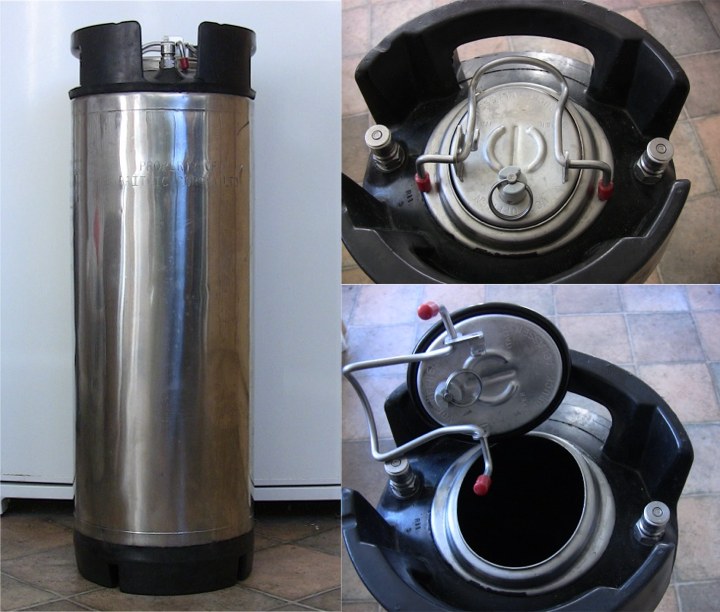 The most common kegs (like the one shown above) hold 4 1/2 gallons and are ideal for dispensing home brewed beer.

Cornelius Kegs have two 'quick disconnects' at the top, one for the gas in (usually supplied by a standard pub gas bottle and regulator) and one for the liquid out, which has to be connected to a suitable tap. As the name suggests, the quick disconnects can be removed from the keg while the gas and liquid lines are still live, allowing the keg to be changed very quickly and without having to switch off the gas supply or worry about losing beer from the pipes.

The posts on the keg and the disconnects are coded to ensure they can't accidentally be connected the wrong way round. 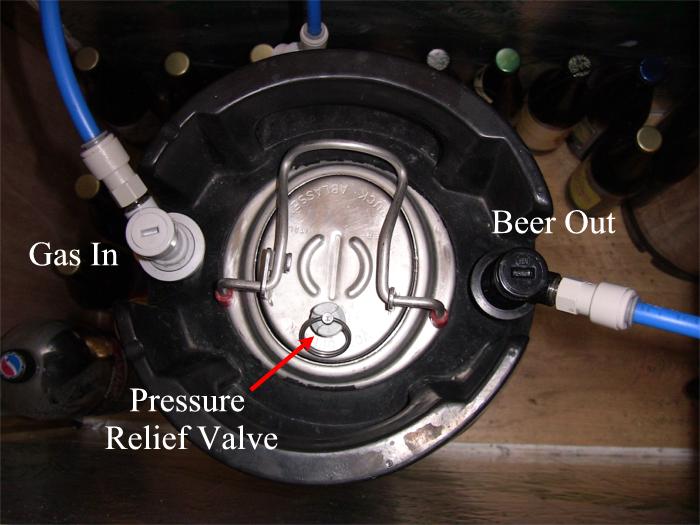 There are all kinds of taps available to use with cornies. You can get taps that fit directly onto the liquid out post which are good for portability, though they can sometimes result in a lot of foam. It's even possible to rig a beer engine up to a cornie, though you need to keep the gas pressure low (e.g. by using a cask breather in the gas line); this low pressure may cause problems with the gas seal on the lid, which is designed to use the internal pressure in the keg to push it fully home. Some firms sell a softer seal that alleviates this problem.

For a permanent set up the kind of tap shown below is ideal. 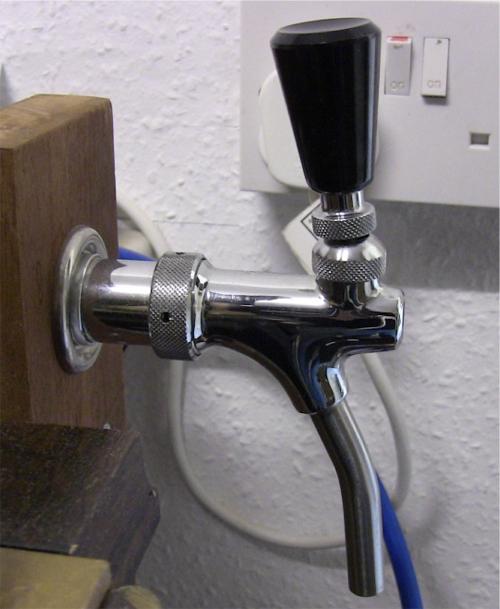 The best way to supply your cornie with gas is to use a pub gas bottle and regulator - this is what cornies are designed to run off. Some home brewers modify their kegs to take S30 valves (originally designed for plastic home brew pressure barrels) by drilling a hole in the lid, but I wouldn't recommend this unless there's no way you can get hold of proper pub gas bottles. A better alternative to pub gas than S30 valves is the Widget World System.