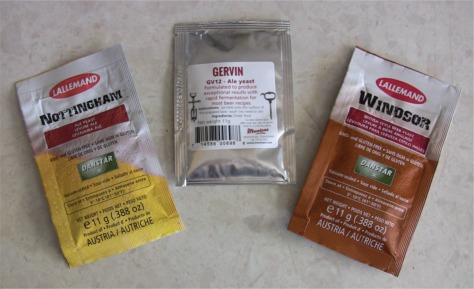 While all yeast strains convert sugar to alcohol, carbon dioxide and flavour compounds, different strains of yeast work in slightly different ways, which can produce a marked difference in the finished beer. When selecting a yeast strain therefore, you need to take account of the beer style you want to end up with.

Attenuation is a measure of what percentage of sugar the yeast is able to convert to alcohol etc. For example, a yeast strain might have an attenuation of 80%, indicating that 80% of the sugar in the wort will be converted and 20% will remain in the finished beer. The lower the yeast attenuation, the more residual sweetness remains.

This is a measure of how well the yeast clumps together and sinks down to the bottom of the fermentation vessel at the end of fermentation. Yeast flocculation is described as high, medium or low (or often just 'good' or 'poor'). It has implications for the stability of the beer, especially if bottling. A yeast with poor flocculation will not form a stable sediment.

This is a description of the type and amount of flavour compounds given off during fermentation. For example a yeast can be described as giving 'fruity' or 'estery' flavours (e.g. SO4), or alternatively described as 'neutral' (e.g. Nottingham). The flavour profile of most yeasts is affected by fermentation temperature, with high temperatures producing more pronounced flavours.

The following (brief) list will give you some idea of the dried yeasts popular with home brewers.

A clean tasting yeast with high attenuation and high flocculation, this is a sturdy and reliable yeast, but some brewers feel it produces bland beer.

A somewhat fruity yeast with medium attenuation (75%) and high flocculation. A favourite with many brewers, but too fruity for some.

With low attenuation and poor flocculation you might wonder why anyone bothers with this yeast - until you taste the wonderful flavours it can produce in your beer, that is. With a sympathetic wort, Windsor can produce fruity, full-bodied English ales and is highly prized by many brewers. Fermentation can be difficult to complete, though, and some people finish off by adding a different, highly attenuating strain such as Nottingham.

These are a whole different ball game. Lager yeasts are selected to work slowly at much lower temperatures than ale yeasts, generally being pitched at between 9 and 15 º C. During the long period of secondary fermentation (which can take several weeks) the temperature may be reduced to as low as 1C.

Next, we talk about controlling fermentation temperature.......