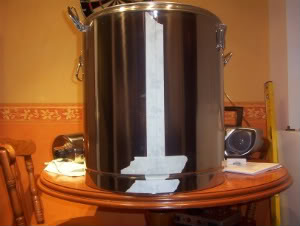 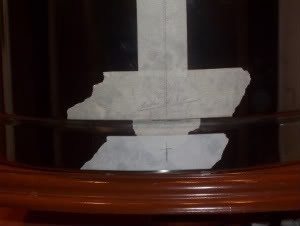 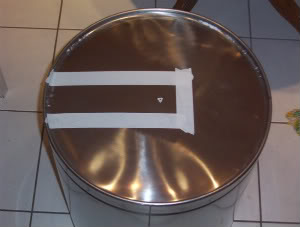 Next I flipped the tun upside down so I could measure the centre point of the base of the tun. I then masked of the area of the base which I would need to remove in order to attach the bottom outlet and associated fittings. I drilled though the centre hole from the outside of the tun, through both inner and outer skins using the 6mm hole saw bit, the idea being I would then drill the main outlet hole from within the tun avoiding burrs. I flipped the tun back upright and got the first surprise. The centre hole on the outside of the tun did not match up with the centre of the inner skin, it was at least 10mm out. To make sure the take off was central in the tun I re marked the central point of the inner skin, and using a 20mm hole saw, drilled a new hole, which luckily meant the previously drilled hole was removed with the core taken out...phew. 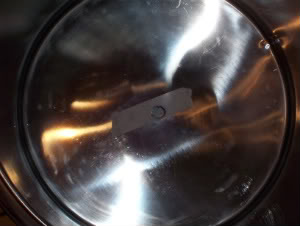 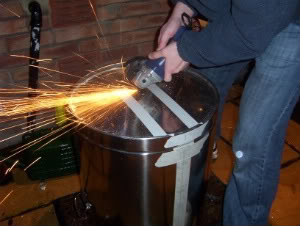 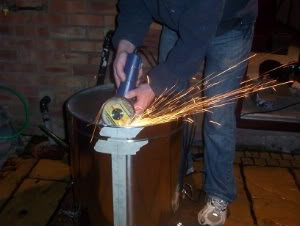 The next stage was to remove the outer skin from the base of the tun, so there would be room to attach the fittings for the take off tube and the ball valve....break out the angle grinder and safety glasses. The angle grinder did a great job of removing the bulk but it was necessary to use a dremmel type tool to finish the cuts at the right angles and near the lip of the tun. To remove the foam insulation I used a knife to cut it back to the inner skin, then the foam came out really easily, it was quite well insulated. 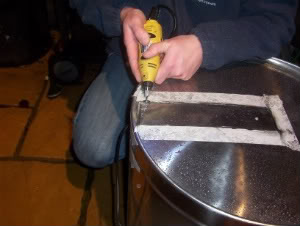 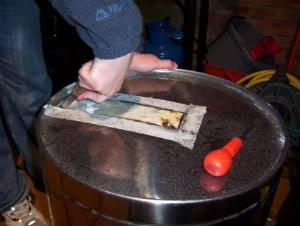 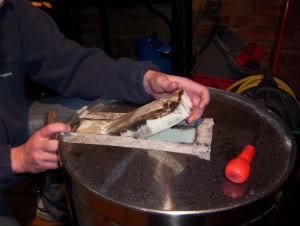 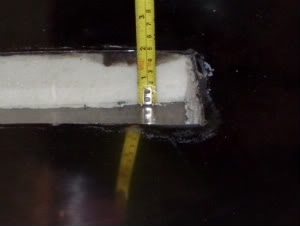 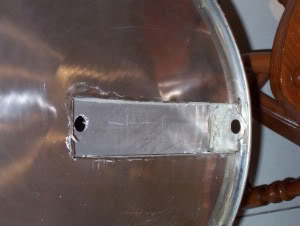 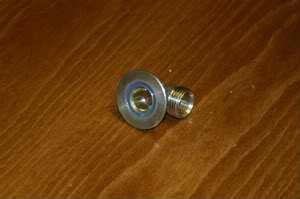